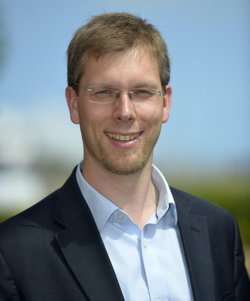 Hello, I’m Jason Kitcat. I am an experienced, digitally-savvy organisational leader who is calm and resilient under pressure. I have experience in the public, private and third sectors. I love helping organisations to imagine & build internet era public services. I’m passionate about local government, technology and public policy. I used to be a politician, but I’m taking the pills daily now 😉

Find out more around this site or get in touch by emailing jason@jasonkitcat.com or calling me on 07956 886 508.

“Jason Kitcat as a first time leader in challenging circumstances has implemented some impressive and innovative development initiatives. He has demonstrated strong leadership throughout local government in cutting edge areas.” — Unanimous judges’ citation in awarding the LGIU Judges’ Special Award for Contribution to Local Government 2015.

“Jason Kitcat is one of the hardest working councillors in my memory, one of the truly exceptional local ward councillors of our time.” — Brighton Politics Blogger

“Jason combines excellent interpersonal skills with fantastic attention to detail, while never losing sight of the big picture … Jason consistently produced work of the highest standard to the tightest of deadlines, and acted as the best kind of ambassador for the organisation … And all this without once losing his sense of humour. I would hire Jason again in a heartbeat.” — Becky Hogge

Pre-Packed Bios
Updated 8th October 2019.
Pictures for use in articles or biogs

One sentence: Jason Kitcat (jasonkitcat.com) is a champion for digital transformation and passionate about local government and public policy. He is currently Interim Chief Operating Officer for the Open Rights Group.

One paragaph: Jason Kitcat is a champion for digital transformation and passionate about local government and public policy (jasonkitcat.com). He is currently Interim Chief Operating Officer for the Open Rights Group. Previously he was Executive Director, Corporate Development at Essex County Council. Beforehand he was Head of Policy & Public Affairs at the fintech accounting firm Crunch. He was previously the award-winning Leader of Brighton & Hove City Council. He has a long background in building digital services having been Head of Technology for Netmums, general manager at The Open Knowledge Foundation and before that led his own digital agency for a decade.

Jason Kitcat is a champion for digital transformation and passionate about local government and public policy (jasonkitcat.com). He is currently Interim Chief Operating Officer for the Open Rights Group. Previously he was Executive Director, Corporate Development at Essex County Council. Beforehand he was Head of Policy & Public Affairs at the fintech accounting firm Crunch. He was previously the award-winning Leader of Brighton & Hove City Council until he stood down in May 2015. Jason sat on the Leading members group for the Key Cities association of 26 mid-size cities and also had a number of roles at the Local Government Association.

Jason has been general manager at the Open Knowledge Foundation, Interim Digital Lead for The Democratic Society and was previously Head of Technology at Netmums, a leading grassroots parenting site. He has worked with online communities since the early 1990s and has founded or co-founded a number of technology related companies. He holds a BSc(Hons) from the University of Warwick in Computer Science & Management Science and MSc Technology & Innovation Management from the University of Sussex. Jason spent several years at Sussex studying for a doctorate on online government consultations before choosing to focus his energies on active politics.

Before becoming leader of the council, Jason was Cabinet Member for Finance & Central Services. Jason was first elected in a December 2007 by-election. He is a former Chair of Brighton & Hove Green Party and has a track record as a successful campaign manager. He led the local party to success in his own by-election, the 2009 European Elections (with Greens topping the city-wide poll), two other council by-elections and was on the management team for the historic 2011 council election campaign. Jason was a Green candidate for European Parliament in 2009 and 2014. He was a senior member of the campaign management team for Caroline Lucas’ successful 2010 bid to become the UK’s first Green MP.

Jason has been a prominent digital rights campaigner, particularly with regards to electronic voting and counting. In 2007 Jason completed a part-time contract as e-voting co-ordinator at the Open Rights Group, where he continues to contribute in a voluntary capacity on their Advisory Council. Jason led 25 election observers in monitoring e-voting and e-counting across the 2007 English & Scottish elections. The resulting report helped set the agenda for electoral modernisation with e-voting no longer a government priority. He also was a co-author for a noted report into Estonia’s e-voting system,.

Jason is half English and half French-Canadian. He is married to Ania and together they have two daughters, a son and a rather demanding little Coton de Tulear doggy.

Unless where otherwise stated, this site is Creative Commons licensed Attribution-ShareAlike

The views I express on this site are not necessarily a reflection of the views or policies of organisations I work for or am a member of. Items are posted here in a personal capacity as an individual.